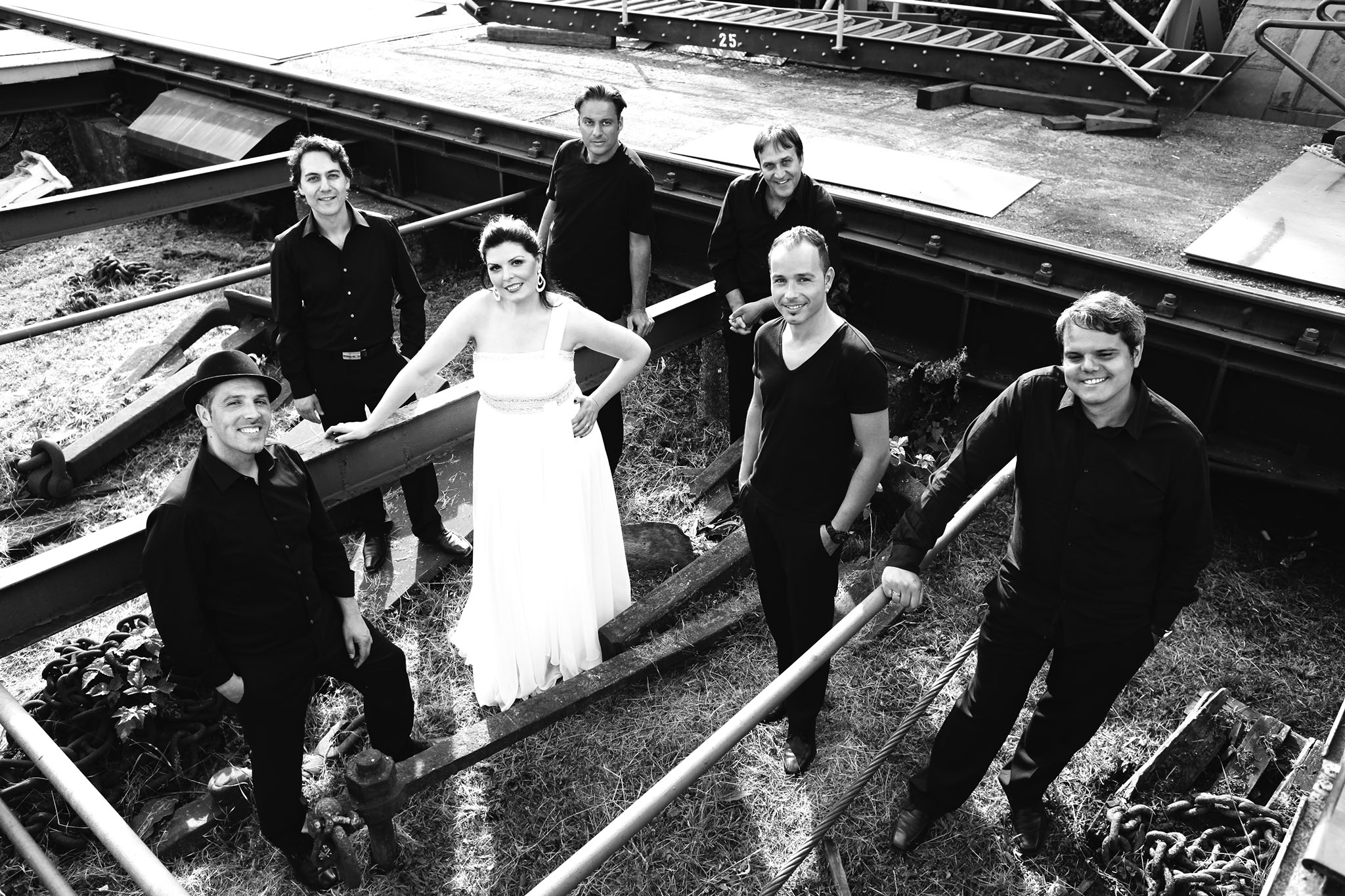 Seven musicians from North Rhine-Westphalia shared their passion for fado. In 2005, five Portuguese, a Brazilian and a German founded Sina Nossa – or in English: our destiny. While fado is the driving force, anyone expecting Sina Nossa to be a classical fado ensemble is in for a surprise because the musicians fuse their musical roots with elements from classical music, jazz, pop and folklore and bring their different musical characters to bear, imbuing the music with their own, inimitable style. The melancholy and world-weariness of the fado are mingled with rhythm, carefree vivacity and joie de vivre, but without pathos. This extraordinary ensemble does the rest: in addition to the Portuguese guitar, classical guitars, double bass, piano, accordion and percussion create a natural, spirited and warm-hearted sonority.

It is not by chance that the new album carries the ambiguous title Alforria, which can be translated as release. In the eponymous opening song of the album, the release into freedom refers to a dying love. But Sina Nossa also makes use of carte blanche as a framework for a respectful if somewhat unconventional handling of the fado tradition. While the group started off playing the well-known classics by Amália Rodrigues and Carlos do Carmo, the ensemble now chooses to focus on its own compositions. The soft and sensual voice of Anabela Ribeiro whisks listeners away into a poetic world. In addition to their own texts, the group also sets to music works by Portuguese lyricists including Fernando Pessoa’s poem Cansa sentir quando se pensa (It is so tiring to think and feel at the same time).

For songs like Há um sorriso na lua (The moon smiles), Amor sem ciúme (Love without jealousy), Ser fadista como eu (A fado singer like me) or the declaration of love to the sea in Sagres, the lyrics are provided by Zabel Moita. The famous ceramicist was friends with Amália Rodrigues and dedicated a poem to the queen of fado which was not put to music before her death in 1999. The African-Brazilian composer, singer, instrumentalist and actor Marcelo Penna, who shares his time between Portugal and Germany, provided the lyrics for Alforria (Release) and O que seria da canção (What would become of this song?). The singer Patricia Cruz, who was born in Rio de Janeiro and now lives in Germany, provided the text for Entoda da vida (The rhythm of life).

Alforria is a multi-faceted, soulful homage to Portugal and the Portuguese language.